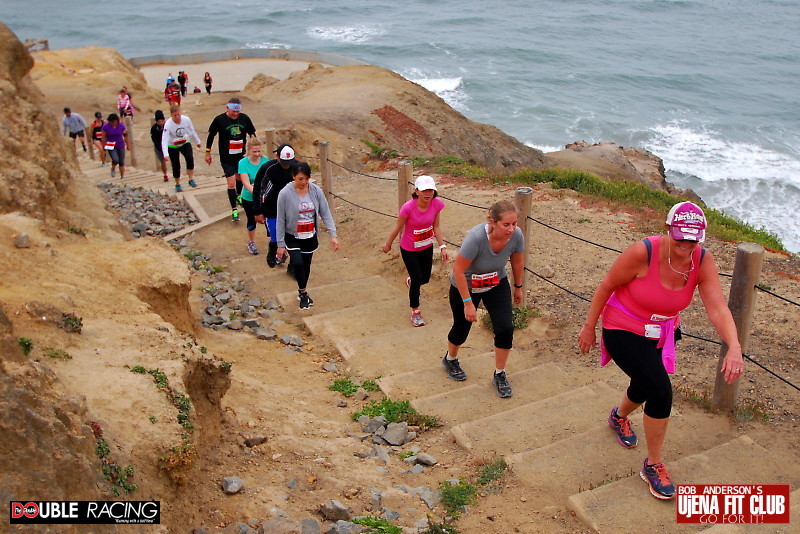 This was the first Double Adventure Run held in the United States.  It was held June 21 on Father's Day at Land's End in SF.  The feedback has been great.  "We had a blast at this run.  It was so beautiful.  I had no idea how hard it was to run steps.  We will be signing up for the next double," says Threses Diaz.  "This race gave a whole new meaning to 'Sunday Funday'...the location was pretty much unbeatable and so was the weather," wrote Helga Hatvany.  David Win wrote, "Wonderful race...well ran!  I am going to sign up for future doubles and also bring along friends.  This was my very first trail run.  I've only done races on the roads."  Thanks to our presenting sponsor A Runner's Mind and to everyone who made this work.  Photos by Patrick Silva for Ujena Fit Club