Notes: Half mile before finish hamstring tighten and I lost 20 seconds at least. I hope I will be ready to race again next Sunday. Hamstring NOT good! 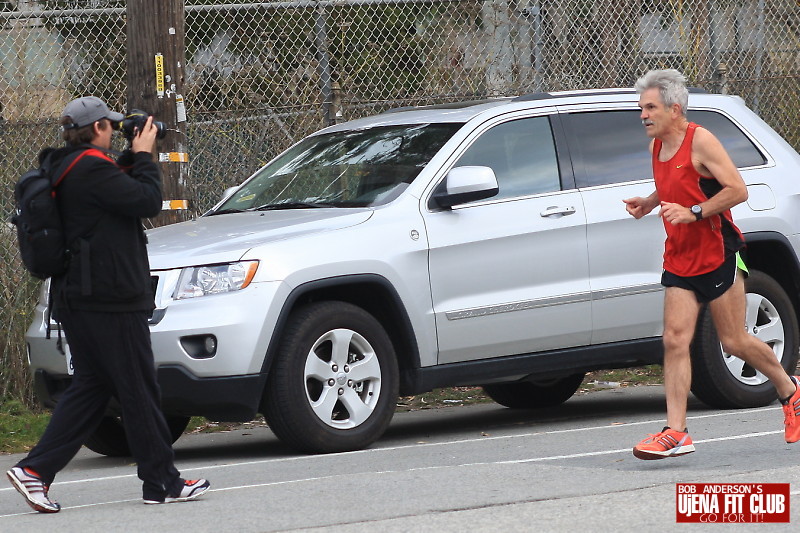 A Long Run - the movie

(Director Michael Anderson getting some footage in San Francisco)  Bob Anderson is celebrating 50 year of running and racing by running 50 races in 2012.  But he is not just going to finish 50 races but to win his age group in at least 80% of the races.  Bob founded Runner's World Magazine in 1966 at age 17 and built it into a $25 milllion dollar company before selling it to Rodale Press in 1984.  Follow Bob in this quest and absorb his knowledge.  Produced by Around Town Productions.  Director by Michael Anderson  Co-Producers Catherine Cross and Bob Anderson  (Our film crew will be covering each of Bob's 50 races and hope to speak with many of you along the way.)  photos by Catherine Cross for UjENA FIT Club